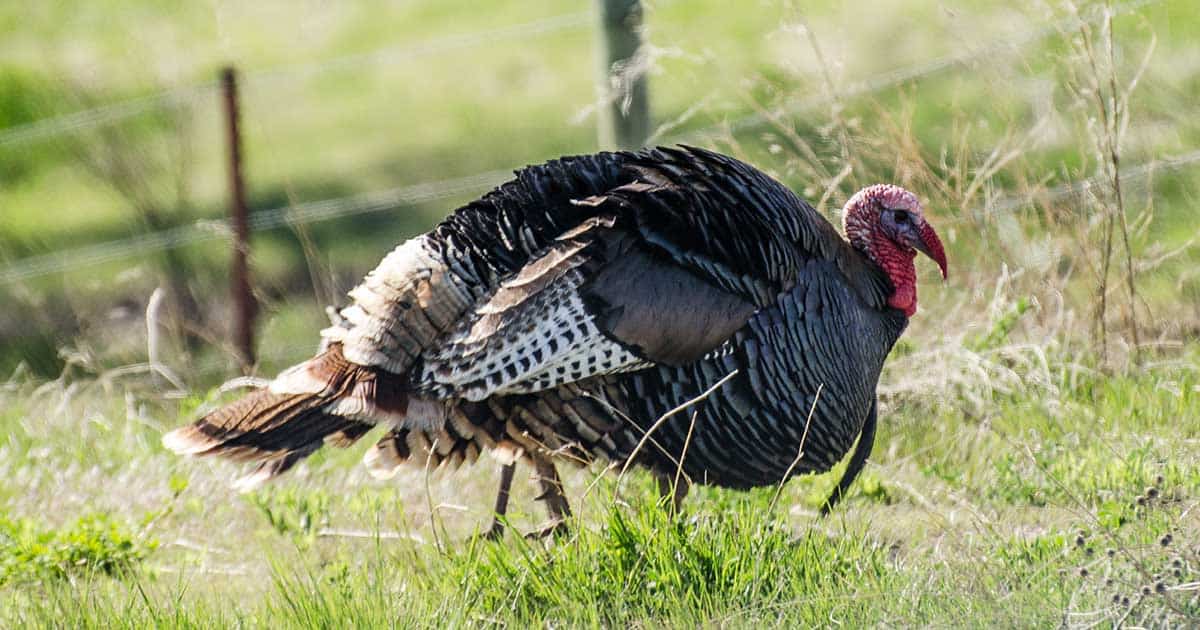 Some experiences in life are linked so closely with sounds that simply hearing a familiar tone can fire up a blood pumping rush that’s hard to ignore. Baseball fans react to the crack of the bat, while kids (and many adults) spring to life at the sound of the ice cream truck. Living on Ontario’s Niagara Escarpment means often waking up to the sounds of turkey gobbling in the nearby fields. Before one foot hits the floor the hunter’s mind frame has taken over in anticipation of an exhilarating turkey hunt.

In Ontario, spring and fall are the designated hunting seasons for wild turkeys. Spring season coincides with mating season, and also breaks the monotony of a long winter, and is therefore generally considered the most exciting time of year for turkey hunters. In the spring bearded turkeys are the goal, while in fall any turkey will be considered successful.

Time is of the essence if you want to find a turkey looking for breakfast, so sunrise is go time. Dressed in camouflage, carrying a backpack and a Remington 870 12 gauge in hand, it’s time for action. After the afternoon heat, the early evening presents another good hunting opportunity.

Well established man-made trails lead through the fields and down into the orchards. While walking the trails, a good hunter will let their ears be their guide. Turkeys fill the air with a wide range of yelps, clucks, putts, cackles and cuts, but it’s the gobble, a mating call made only by males (or toms) that produces the most excitement. Meant to attract hens, its equally effective at attracting hunters.

A turkey box call is just one of the devices used by hunters to keep the communications going and arrange for a meeting. Mastering the array of turkey sounds made by these paddled hallow wooden boxes is akin to learning a basic musical instrument. Just as guitar players manipulate strings to create combinations of sounds, the turkey hunter scrapes the paddle bottom against the lip of the side panel in various motions, emulating the sounds of its prey. It’s actually pretty easy to get started, and in no time flat you’ll be joining the turkey conversation.

The sounds that turkeys make are largely dependent on circumstance, mood and intention, so in order to lull a fat gobbler in your direction it’s best to speak their language. A gobble announces the presence of a tom, which can attract a hen, or another tom looking to establish dominance over the terrain. On the down side, it can also chase skittish toms away from the area. Few experiences can match the intensity of playing middle man in a conversation between tom and hen, attracting both to your exact location.

The Soundtrack of the Turkey Hunt

Like a good suspense movie, the excitement builds throughout the wait. It’s best to move stealthily in order to avoid spooking any turkeys which may lurk in the area. Just as in a theatrical soundtrack, when the silence is broken by a sudden outburst of noise, excitement levels are sent through the roof for both hunter and prey.

A recent outing led to time spent sitting on top of the remains of an old stone fence, leaning against the trunk of a 200 year old maple. 30 minutes were spent calling with no answer. If this time had been spent waiting for a response from the cable or power company it would have been tempting to give up, but the rush of what was potentially to come was more exciting than anything on the other end of a phone line could ever be. Patience was finally rewarded when a group of jakes came in from behind. Although on this occasion a proper shot was never lined up, coming home empty handed from a turkey hunt beats time spent in the office any day of the week.

The True Reward of Turkey Hunting

Even more so than the turkey itself, the true reward is the feeling of intensity that is experienced when a big gobbler makes himself known, creating a stirring racket that starts the heart thumping. For those who are able to bring a big gobbler home at Thanksgiving, the hero’s welcome is icing on the cake.

Sign up today for the newsletter, so you don't miss out when new blogs are posted.